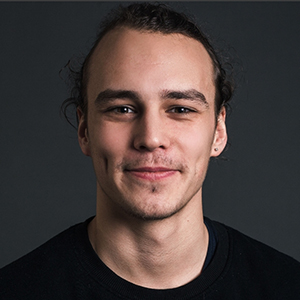 Bron in Lithuania, Mantas Jarašūnas (1999) started singing from an early age. As a young boy, he participated in various choirs and international projects. Later, specializing in choir conducting, he received his musical education in Lithuania, Austria and the Netherlands.

As a conductor, he has practiced with various European choirs, including Groot Oomroepkoor and Capella Amsterdam. As a singer he participated in concerts in Laeiszhalle & Elbphilharmonie Hamburg among others, and was a performer of the Lithuanian Pavillion at the 58th Biennale Arte in 2019