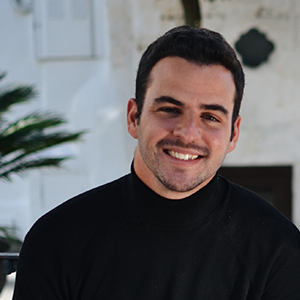 Pablo Rodríguez Cotorruelo was born in Cádiz in 1993. He started playing clarinet at the age of 8 in Conservatorio Profesional de Música “Manuel de Falla”.
Later on, he studied his bachelor degree in Sevilla with Francisco José Cantó, together with his studies in the orchestral studies academy Barenboim-Saïd with teacher Piotr Szymyslik.

Straightaway, he was selected to study his master degree in the Conservatorium van Amsterdam, where he learned from teacher Harmen de Boer.

Pablo has been member of several youth orchestras and academies like the orchestra of Barenboim-Saïd’s academy, Cádiz’s Orquesta Joven del Bicentenario or Málaga’s Academia Orquestal.
Besides that, he counts with some trajectory with professional orchestras, having collaborated with Kamerorkest van het Noorden and Nationaal Symfonisch Kamerorkest (The Netherlands), Louis Spohr Kammerorchester (Germany) , and Armenian State Symphony Orchestra (Armenia).

He has performed in prestigious halls such as Philharmonie in Berlin or Musikverein in Viena.

He has worked with great soloists and conductors as Maxim Vengerov, Manuel Hernández Silva, Andrew Grams and John Axelrold, besides collaborating in festivals such as Fex of Granada or Cello Biennale, in Amsterdam.