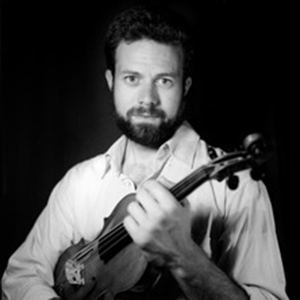 Half Greek half Venezuelan, Giorgos Samoilis was born in Athens in 1986. He received his first violin lessons at the age of seven from Mirela Papa.

In 2007 he continued his studies in Vienna with Regina Brandstaetter and Sylvia Viertel.

After getting interested in historically informed performance practice Giorgos moved to the Netherlands in 2010 where he studied baroque violin and baroque viola at the conservatory of Utrecht with Antoinette Lohmann obtaining his bachelors in 2014 and his masters in 2016..

As a soloist and member of ensembles he has given concerts in Greece, Austria, Germany, France, The Netherlands, Italy, Portugal.

RT @AaronOrmazaVera: https://t.co/ZB9a72vfUW After quite some time, this Friday I am performing in #Amsterdam once again! I will be perfor…