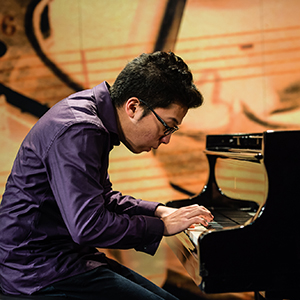 Caesar Yuwono was born in 1997 in Indonesia. He started taking piano lessons when he was four years old, and at the age of six he also took up violin lessons.

In his early years, Caesar was actively accompanying church services and winning local, national and international piano and violin competitions. In the year 2015 he graduated from high school to continue his studies at the Conservatorium van Amsterdam under the guidance of Professor Frank Peters.

He has won numerous awards at the following competitions :

He has performed in many concerts in The Netherlands, Germany, Malaysia, Singapore and Indonesia. Every concert hall in Jakarta, Bandung, Bali and Surabaya, and in the year 2014 he appeared as soloist with the Tarumanagara Angels Orchestra, performing Mozart’s Piano Concerto K. 488 in A Major.

Not only performing, he also gives masterclasses and teaches Amateur Pianists.