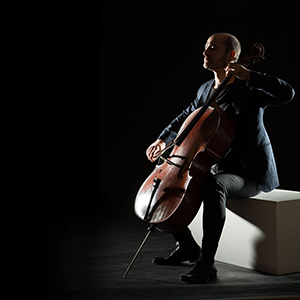 Antonis Pratsinakis is a cellist based in Amsterdam. In the past years he has focused on creating performances, including dance, video, acting, and culinary disciplines.

He has also participated in numerous music and music theater productions with Kameroperahuis, Ergon Ensemble, Veenfabriek, Atlas Ensemble, Sonnevanck, Toneelgroep Amsterdam, and Korzo Theater, The String Soloists. Highlights of these productions include performing solo cello in P.M. Davies Vesalii Icones (for solo dancer, solo cello, and ensemble), the 2017 tour as composer and live performer with choreographer Jasper van Luijk creating the dance performance “The Nonsense Society” (**** review in ‘de Volkskrant’) and the Australian premiere in 2018 at Dark Mofo Festival of ”Backwards from Winter”.

In September 2019 he collaborated as composer and performer with the traditional Suzhou Kunqu Opera house in China, creating together with dance company Groundbreakers a new version of the ”Surprising Dream” from Peony Pavilion.

He has performed as a soloist and chamber musician in Greece, Germany, Holland, Austria, Bulgaria, France, Belgium, Italy, Turkey, Spain, Serbia, Norway, Australia, Canada, China where he received excellent reviews for his playing.

Being an active chamber musician, he has recorded with the Infinity Piano Trio for the National Radio of Bulgaria.

Currently he is working on producing his own music with e-cello as well as acoustic cello.

He studied in Thessaloniki with R. Dragnev and completed his Bachelor and Masters degrees in Amsterdam with D. Ferschtman and J. den Herder, supported by scholarships from the Greek State Scholarships Foundation and Scholingsfonds.